What would you do with an extra 45 days per year?

I have recently felt the need to manage the time that I spend on my phone. Feeling the constant urge to check status updates on some form of social media, check the news, or scroll mindlessly through endless scrolls like YouTube is not a great feeling. However the more you use these apps the more the desire to waste time on them becomes. Now I am not on much social media and I do put limits on my phone usage, however I felt the need for more awareness and self control over my phone. 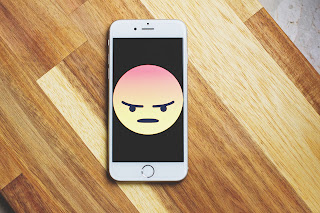 So how did I solve the problem of technology addiction? With an app of course. I installed QualityTime. This lets you set certain times of the day or week where it blocks the use of your phone as well as gives you information each day and week about your phone usage. This includes how much time you have spent in total as well as in each app. I also set up a notification to alert me if I spent more than an hour on my phone in a day.

An hour might sound like a lot but pulling up some easy to find news articles about smart phone usage shows some fairly shocking numbers. Most reports have the average at a minimum of three hours a day for adults. Most estimates are higher including Hackernoon, eMarketer, and Telegraph.

Using the QualityTime app gave me awareness of my own phone usage which came in at about an hour and a half per day. However it did very little to change my habits. This is where I pulled in the assistance of an app called IFTTT which allows you to link apps on your phone. With IFTTT you can use applets that can take an action in one app based on an event in another app. I am using the applet called "Excessive Smartphone Usage Send An SMS" in order to send an embarrassing text message to a group of people any time I use my phone for more than an hour in a single day. Who wants to be the person that everyone knows is on their phone all the time? In addition I now have a history of my phone usage in the QualityTime app.  I also have IFTTT setup to save this data to a spreadsheet in Google Drive.

So far this has been very successful. It is like a game for me to keep my phone usage down in order to avoid the text message going out to my family and friends. So far I am now averaging about 30 minutes of phone usage per day. That is an extra hour I have just gained each day. This one hour liberation does not include certain apps such as the phone app for phone calls, a few apps I use for work, and the apps that I use to stream audio while driving. All of these are things that I do not mind using my phone for as it is helping to redeem otherwise lost time. Even excluding these apps from the monitoring I still have been able to reduce my usage by one hour using this "peer pressure" style of phone control.

Think about this for a minute. This is at minimum an extra two and a half hours per day in comparison to the averages we saw earlier. It is an extra hour that I have just created for myself personally in comparison to my average day from a month ago. I think it is imperative that we all think about our smart phone usage and if we should do something else with the 45 entire days we will each spend on our phone this year.

Edit: I posted a Reviewing my Own Advice blog post reviewing the suggestions I gave here.
Labels: life self help technology