At last they approached the ancient door with the key in hand. A shiver could be felt in the air as the door swung open. The stone and iron door creaked and then revealed a long dark staircase. It seemed as though this ancient city descended ever deeper. Out from the depths came a rumbling growl. The same sound could be heard from behind as Nim turned to see another massive lizard perched upon the edge of the cliff across the cavern.

Trapped on both sides they pushed and shoved their way in the door. Slamming it shut, the way was blocked against the first lizard. However now they were trapped in the staircase with the second. It barreled up the stairs out of the deep darkness as Slighter charged forward. He heaved his sword around and rent a bloody crevice in the creatures scale underbelly. The lizard could hardly fit in the double wide stone passage. With difficulty it's tail whipped around and knocked Slighter to his back just as Suthra and Asuryan charged forward to take his place. Nim's silvery light shone from above and burned the lizard as it fell slain to the ground. She then collapsed to the floor. With her head between her knees she cried out in pain.

Visions of her home, the Rabbit Warren, passed through her mind. As if looking down a tunnel she could see on the the other end fire and destruction. Her forest raged with war as fear swept over. The foreboding presence of the black dragon was in all that she saw and felt. Alaric was shaking her awake as she came to her senses.

"We must go" she exclaimed to Alaric. "Our home is in danger!"

Jumping to her feat she ran back to the stone door. Turning back around she saw that Slighter was quick behind. He had no home and few allies in the world. His desire to escape his thralldom to the Black Scorpions compelled him to find a new home. If the Rabbit Warrens were in danger then he could be of aid to Nim and Alaric. By some chance he thought he might be able to find for himself freedom.

"Stay close, the lizards are still out there!" Suthra said as he burst through the door. Slighter followed behind. Nim covered their left flank with her moon light as their right flank was covered by the  subterranean cliff face. Alaric was never more than a step behind as Courana and Geradil were the last in the column.

Asuryan hesitated at the staircase. He could see the mangled form of the slain creature. The darkness beyond peered up at him. The treasures that might lay in the depths of the ancient city drew him down the stairs, alone and in the darkness.

After journeying back through the underground complex Suthra could see the light of the tunnel that led into the world outside. However another of the lizard beasts stood in the way and then charged forward. Suthra and Slighter met it's charge head on. Yet another of the lumbering beasts was slithering up the passage as Nim transformed into her bear shape and blocked it's way. The way was clear as Alaric, Courana, and Geradil made their escape. Suthra turned to follow the others out as the lizard's mouth closed in around his leg. It drug him back down the passage. As the lizard readied to finish his prey Slighter sliced his sword along it's neck. The blood poured out of the rend in the creature as Suthra pulled himself free from it's jaws. 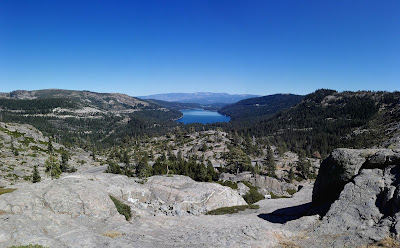 At last Nim in her bear form threw down the other lizard. The three of them took one last glance into the dark passages. Asuryan came at last with the sight of the dwarven under city still in his mind and the ring of dwarven steel still in his ears. Together they hurried out of the dungeon and onto the rocky slope. Nim did not wait to enjoy the morning sunlight or the view of the pine forest and lake below. She turned southward looking over the wide lands that lay before her. Fear of what she might find at her home pressed her onward with great speed.
Labels: Dungeons and Dragons roleplay session report sunless citadel tabletop