The Hunt for the Wolf: A D&D 5e Session Report

They crossed over the subterranean bridge that they had first discovered from the other direction on the previous day. Torches still burned along the halls. All was silent but the presence of the orcs could be felt. They entered into the cavern in which they had been ambushed the previous day. The stone doors shut behind them with a clang. Slighter shot backward beside all of his companions to the doors in attempt to open them. As he did so Suthra saw orcs coming down each passage. They had walked into yet another ambush.

Not wanting whatever was on the other side of the doors to attack them from behind Alaric passed slighter his short sword and it was wedged into the handles preventing the doors from opening. On the other side of the passage Suthra was already engaged with a host of orcs that had descended down the passage. During the melee a great stench arose about them. The gurgling green skinned and wort filled form of a troll appeared from one of the passage.

Nim had been fighting alongside Suthra and was now caught between an orc and the troll. It's claws slashed her and she fell back, reeling in pain. Her eyes lit with a silver light and the floor about the troll and orcs feet shone like the moon. Then their skin boiled. The orcs fell dead from the searing light. The troll battled onward as it's skin regenerated before their eyes.

Suthra was now dodging the claws of the troll as Asuryan made his way around the piled debris and towards the trolls flank. Down another passage slighter engaged with two orcs, one behind the first wielding a spear. With a great charge Slighter slew the first and then barreled into the second, but not before taking a bloody wound from the spear tip.

Alaric now stood behind Suthra who was defending the small halfling. His hands were ablaze in fire that he threw towards the troll. It's rejuvenation came to an end from the burning and finally Suthra and Asuryan's weapons were able to do lasting damage to the creature. Finally they brought the beast down, and all was silent. 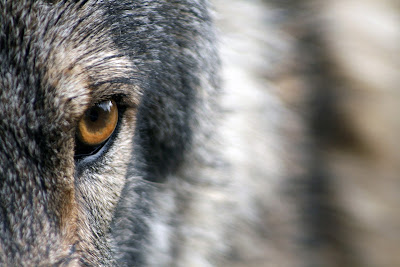 "I saw the wolf!" Slighter announced from down the passage, "it escaped down this hall!" He was pointing down a passage of dwarven make that exited the cave like area they were in now. Asuryan was eager to hunt down his canine enemy but first Suthra counseled them to reinvestiga the area of the cave and dwarven tunnels that they had scouted the day before. After doing so they continued down that passage. Various traps they found, some of ancient dwarven kind, others of newer make and crude but still very old. Many generations of various inhabitants had lived in this underground lair it seemed.

Finally they descended some stairs that led to a very ornate room. A single bleeding orc lay inside, likely having escaped from the various battles with the companions of the preceding days and weeks. Suthra bashed his head in and the blood splattered along the floor. At the orcs feet was a pile of treasure. Likely one of the orc's stashes of wealth that they had accumulated in their raids. A short sword there was as well that Asuryan took a liking too. Most significantly a hammer there was, likely of dwarven make. Suthra held the weapon and felt it had a mind of its own. Communication he felt with it. No words passed from the weapon but a thoughtful presence was in it's iron.

They left the room and continued through the depths of Khundrukar.
Labels: Dungeons and Dragons roleplay session report sunless citadel tabletop