If I eat more now I will be less hungry later? Right?

No of course sugars and carbohydrates in general increases your appetite. However if I eat more fat and protein now then I will be less hungry later. Right? It would seem that in my case this is only true on a daily basis. However over the course of weeks and months it no longer holds true.

Over the course of seven months I did a combination of 16:8 intermittent fasting and one meal a day. During that time my diet was either a ketogenic diet of moderate protein and less than 30 grams of carbohydrates or a more basic low carb diet of less than 60 grams of carbohydrates. For roughly two months I ate 1800 calories. Over the course of the following five months I increased my daily calories to 2000, then to 2500, and finally to 2700. I can say that without doubt intermittent fasting and one meal a day was much easier while eating lower calories. 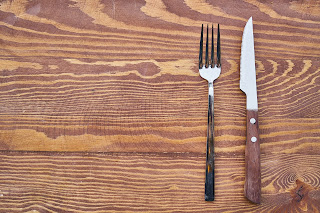 For example I could eat an 1800 calorie meal and then very easily and routinely go 23 hours or more without eating. Now I can eat a 2700 calorie meal and I find that much more often I choose to either not intermittent fast at all or I choose not to make it to the next days meal without snacking. I still get a few days a week doing the one meal and a few days of intermittent fasting. However three or four days a week I do neither. I have found this general trend to be fairly consistent as I increased calories.

It seems counter intuitive that the more you eat the harder it becomes to eat less frequently. Some plausible reasons for this that come to mind are stomach extensibility and increased metabolism however I do not really know what causes it. However it seems consistent for me at the least that eating more each day makes fasting hard and definitely not easier.
Labels: fasting food health keto ketogenic