Goblins in the Deep: A D&D 5e Session Report

The hobgoblins and goblins lay slaughtered on the floor. The door from which they came had been closed behind them as they attacked. Suthra looked around at his fellow delvers and then proceeded to the door. He heard the screeching sound of Meepo's voice behind him. The creatured uttered as best of common speech as he could as an unintelligent kobold, "Help Meepo. Dragon save" he said as he bowed down to Nim. "Help Meepo. Dragon save" he said again, begging for the assistance of the elf.

"Leave us" came Nim's cold reply. "Leave us, and do not return!" He held no sympathy to play nice with kobolds, having experienced the full measure of their evil. Meepo turned and scurried away.

Suthra pressed his ear against the crack in the stone door frame, "nothing" came his whispered voice, "ready yourselves" he continued. With a heave and a shove the door opened. Mysterious purple torch light shone through. 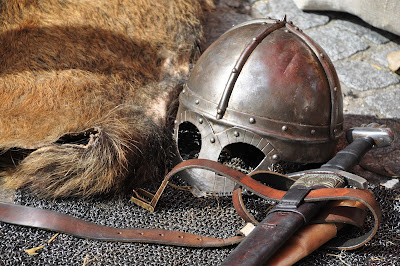 A vicious gargling speech came from in the door. A mass of goblins stood fearfully across the room. Four of them were armored and armed. Suthra stepped forward, issuing an orcish challenge to battle. The goblins stepped back in fear. Asuryan followed Suthra into the room and waited to see what the goblins might do. Seeing the horde, Nim stepped back to the far side of the adjoining hall, ready to make a quick retreat. Her treatment at the hands of the kobolds was still seared into her mind.

Having already explored the halls to the north of the room, Slighter made his was around the halls that led to the north entrance to the orc filled room, ready to counter a flanking maneuver if they attempted it.

Having waited long enough Asuryan charged forward to the surprise of his companions. He swung his staff as the closest goblin ducked underneath. He followed this up with a low kick to the knee that the goblin was also able to evade. The goblins stood shocked, equally as surprised as his companions. Feeling fearfully exposed, Asuryan quickly retreated back to the door.

Emboldened, the goblins charged forward, or at least four of them did. The other eight remained pinned to the far wall afraid to engage in the combat. One by one they gathered the courage to defend themselves against the invaders. As the orc charge reached Asuryan he jabbed forward with his staff. It entered through the mouth of the goblin, splitting through the back of it's head. With a turn he launched a kick to the next goblin, it's cracking spine could be heard by Slighter all the was in the passage to the north of the room, indicating to him that they had engaged the orcs in combat.

Slighter stepped into the room, for the first time seeing all the goblins, over a dozen, looking increasingly embolden to attack. He hesitated for a moment before he himself gathered the courage to charge into the fray. His sword barreling through the goblin ranks. Suthra defended their southern flank, slaying the goblin's as they attempted to surround them. The battle raged on in the room as the last survivors of the goblin tribe fought for survival.

In the long hall adjacent to the room that the battle was being fought in, Nim crept forward to assist. Turning, she heard the voice of Meepo once again. She calmly walked over to the kobold as it stood with it's hands up asking for the help of the elf. The rage within her boiled over, but you would not know it by the cold look on her face. Standing over the kobold she twisted around taking one knee to the ground and striking behind her with he staff. The kobold's head was impacted, pinned against the stone pillar that he knelt beside. What was left of it's skull thumped to the ground. Her revenge against the kobolds was not complete.

The goblins retreated and fell to their knees. Six of them remained. The gnome spoke up, "No more slaughter! Let them live!"

"Yes" added Suthra, "There is no sport in this sort of slaying!"

Slighter charged forward again, the head of the next kobold flew across the room. In defense of his own honor the gnome turned on Slighter with a club to his back, "I said let them live!"

As Asuryan continued slaughtering the surrendering creatures Slighter turned around enraged. With a swift strike of his sword the gnome grasped his chest. His sucking breaths turned to gurgles as he fell to his knees, and then from his knees to the ground. The back of Suthra's axe landed on Slighter's shoulder, "Enough with this slaughter!" he yelled.

Asuryan continued dispatching the goblin's as Nim joined in. "They are vile goblin's, and we are in their territory. Their can be no mercy today!" She proclaimed as she joined Asuryan in the final defeat.

Standing in shock, Suthra stepped back. Their new gnome friend lay dead, the goblin bodies piled in the corner as they frantically tried to escape from the onslaught. "We continue through the north passage!" Announced Asuryan. "Suthra, will you continue to lead the way?" 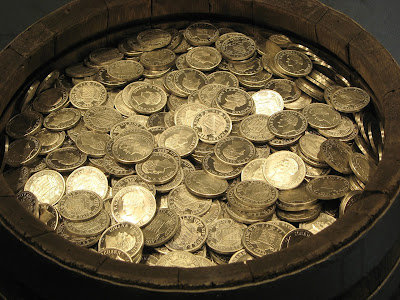 Taking a moment to gather himself, he stuttered. Then he continued, "Yes..." his voiced was soft and trailed into silence, "Yes, I will continue." After some time, they gathered by the north door to continue their delve into the goblin territory. Opening the door they saw a circular room. In the middle was a root and vine filled tunnel that descended further into the earth. Across the room stood a makeshift throne that sat empty with a iron chest in front of it. Beside the throne sat a pot with a plant growing out. The plant moved with a human likeness to it, as if magically enhanced in some way. Nim began investigating the plant as Asuryan opened the chest, quickly dodging the arrow trap that had been set inside. The glistening glow of gold gleamed from inside.
Labels: Dungeons and Dragons roleplay session report sunless citadel tabletop