Asuryan had the kobold king Yesdrel roped to the chair. Foot steps could be heard walking past the closed door. "What just happened?" he thought to himself. He had managed to get the kobold to the privacy of the inn room without being caught, having wrapped the small body in his cloak. 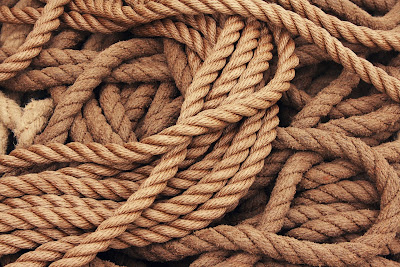 "We should let this thing go" Elwin said as he nervously stood by the door listening to the passing steps of the busy inn.

"This thing is our only chance to free Nim" Asuryan replied, "She's still in that citadel." He paced around the room. "I'm going to go and see if I can recruit any help. We need a kobold translator, and some battle proven adventurers before going back to rescue Nim."

Elwin stayed in the room. The kobold, Yesdrel, began to squirm in his chair before waking up. Elwin had gagged his mouth, knowing that he may be able to cast spells if allowed to speak. Elwin waited for Yesdrel to come to his senses before using his fire magic to light various candles and the fireplace, intentionally showing off his own magic so that the creature knew who he was dealing with.

Some hours passed before the door burst open. Asuryan walked into the room, followed by a tall man in servants clothes and with a sword by his side. "This is a servant of my monastic order, his name is Slighter, the 2nd. Or JR as I have been calling him." Asuryan joked, "anyway he speaks Kobold and can translate for us. I was also told that he can be of assistance in a fight."

"Let's talk to this Kobold" Elwin replied. Removing the gag, Elwin and Asuryan began the interrogation. Asking about the state of their friend Nim, apologizing for the rash actions of the now deceased Rasroth, and explaining their plans to stage a prison swap. Yesdrel was mostly unhelpful, truly not knowing the answers.

Another knock came on the door. Asuryan approached it, and moved off to the side of the door before opening it ever so slightly. A tall half orc stood in the hall way. "What is your business with us?" Asuryan asked, not having the time to make polite conversation.

"I am Kuthra of the clan of Snaggletooth" came the reply from half orc, "I heard your are in need of assistance in the sunless citadel. I have heard of the place, and of the treasure within."

"Yes. We leave in the morning but are quite busy at the moment." Asuryan replied. "Meet us in front of the inn at first light. We plan on returning to the citadel, if you offer a fair share of the fight, you will earn a fair share of any treasure we find." With that the door was closed, and the discussions with the kobold continued.

The night grew late. Slighter was asleep on the floor while the elves had already spent their time in meditation, and were plenty well rested to continue their planning and discussions.

Another knock came on the door. Again Asuryan approached the door, stepping off to the side of the door frame, he cracked the door open. "Nim!" he said. She stood in the hallway; beaten, battered, bruised, and bleeding. She stumbled into the room as Asuryan quickly closed the door behind her.

"They threw me into a cage with the dragon. The kobolds left us alone in that room, but not after continued beatings and kicks of all kinds." Nim explained. She explained at length how she saw the kobolds devour both Nimroth and Kimorer, being torn apart while still alive. After she had been thrown into the cage with the asleep dragon, she transformed herself into a rat using her druidic power and escaped right under the toes of the watchful Meepo. "Once I was free of that accursed prison I ran into the woods I transformed into a wolf. I ran back here as fast as I could. The innkeeper was able to point me to this room."

The night passed with the snores of Slighter, and the groans of Yesdrel. By the time the sun had come up they had assembled in front of the inn. The town was already busy as new walls and sections of the town were being built as a nearby silver mine had been discovered. The town was an up and coming place to travel to. Asuryan had explained Yesdrel's peril if he were to attempt to make a move or make noise, and had him wrapped in his cloak, throwing him over his shoulder. 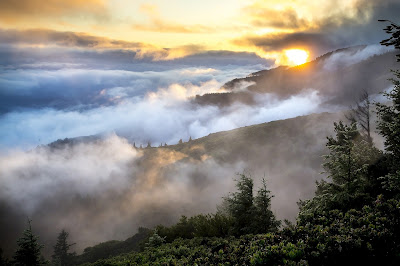 Asuryan, Elwin, Nim, Kuthra, and Slighter traveled back to the Sunless Citadel. They entered the first circular room that they had travelled through the previous morning before the hellish scene produced by the poor decision of Rasroth had ended their first attempt at delving into the dungeon. Yesdrel had been unbound sense they had left the town. He now spoke up, "If you head north and battle through goblin territory, I'll count the death of Rasroth as even payment for what took place yesterday."

They debated for some time, Asuryan was especially hesitant to except the offer, still desiring the kobold's treasure. At some length he was in agreement with the rest. Yesdrel went back to his home territory within the dungeon, the rest went north to continue their delving into the dungeon.

They pressed deeper into the goblin territory than they had before. They rescued a gnome from one of the prison cells the goblins used before continuing on.

They came to a series of doors. Behind each door the sounds of goblins could be heard, who made no attempt to be quiet. Slighter charged the door busting it open, stepping out of the way to let the half orc charge through, slaying one of the goblins. Slighter charged in behind, cleaving another goblin in two, it's torso flying through the air spraying blood through the room. By this time Asuryan had already snuck behind the last goblin, a dagger plunged through it's spine.

The other doors from the previous hall burst open, pouring forth a horde of hobgoblin's, large and more beast like than their smaller goblin cousins. Elwin grabbed one has it came to attack, announcing a curse upon it. Wounds like fissures opened up in spirals starting from it's shoulder. Elwin squeezed harder with his hand enabling the curse to expand throughout the hobgoblin's body. The fissures of flesh filled with blood. The creature howled in pain, and fell lifeless to the floor.

The battle raged on, Elwin and Nim hurling magic into the crowd of hobgoblins, Kuthra and Slighter charging into the melee with rage, and Asuryan sneaking behind their ranks with an onslaught of attacks. The armor of the hobgoblins was thick, but another finally fell to the flurry of strikes from Asuryan. Then another from the fiery bolts from Nim, and another from the enraged onslaught from Kuthra.
Labels: Dungeons and Dragons roleplay session report sunless citadel tabletop